Investing in
Your Region

Increasing Opportunities
for Education and Jobs

Supporting Inclusion of
those Most in Need

The European Regional Development Fund co-finances investments into the regions with Governments across the European Union and supports activities in the regions contributing to a balanced level of development.

The European Structural and Investment Funds are delivered through Programmes. In Ireland there are two Programmes co-funded by the European Regional Development Fund:

The map below shows the division of Ireland between these two programmes and illustrates the performance targets that the programmes are expected to achieve. 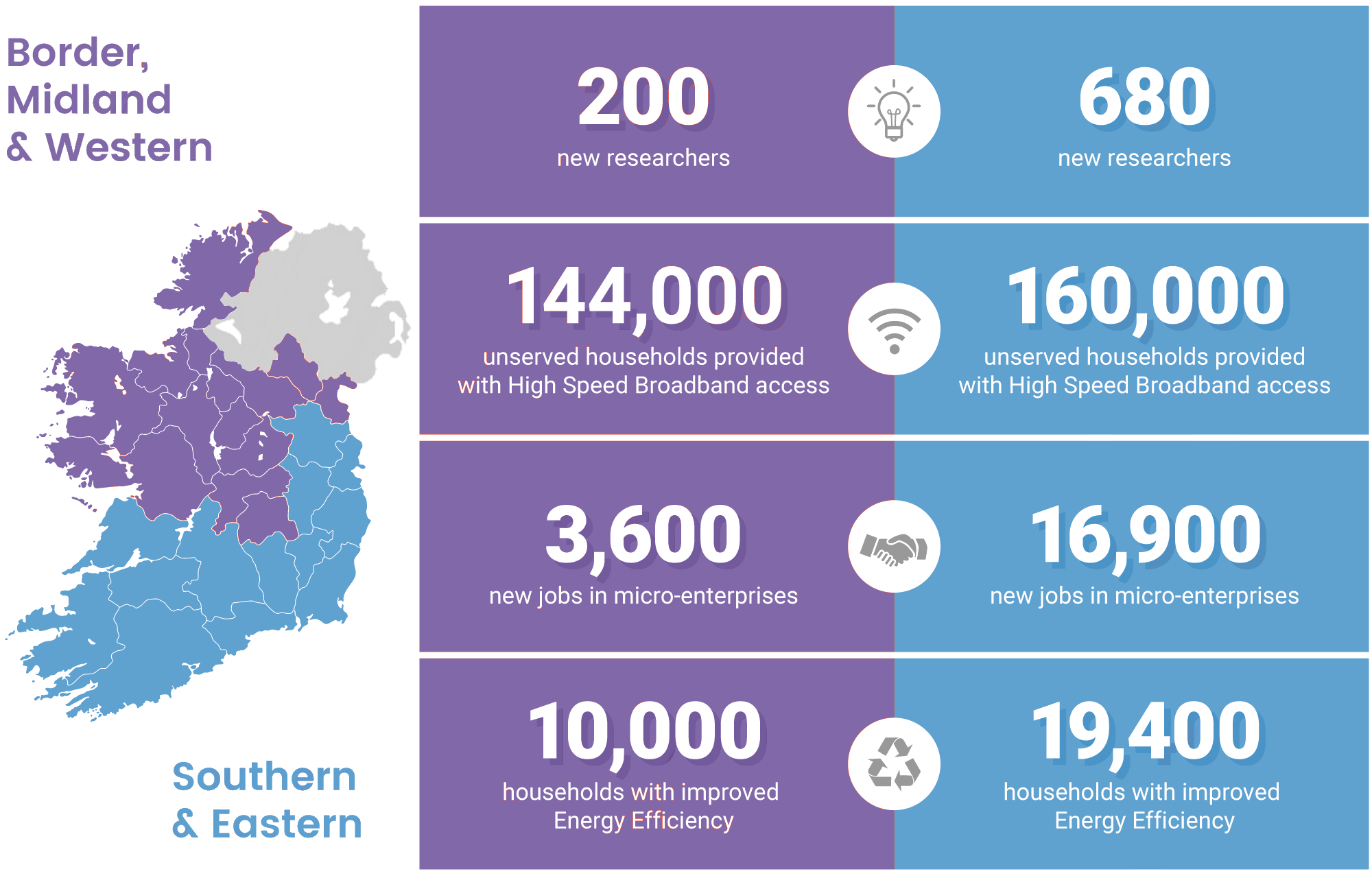 Click through to read about projects that have been supported in your Region: